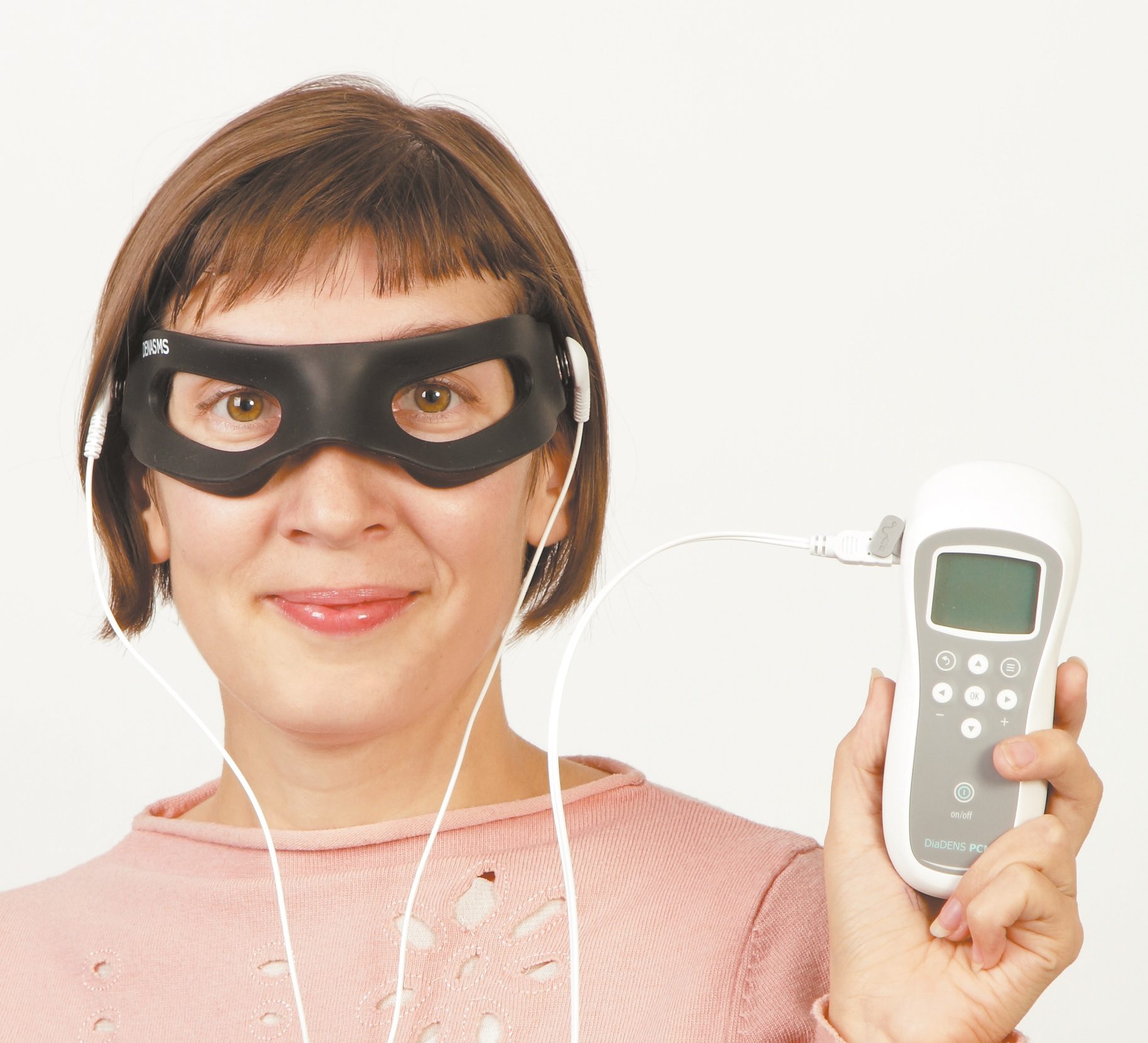 Influence of dynamic electrotimulation (DENAS) on engraftment of the corneal flap after excimer-laser surgeries (after lasik surgeries), possibilities of increasing functional results and reducing rehabilitation periods was studied in 30 patients as well as DENAS influence on ophthalmo-ergonomic indexes which influence visual efficiency in the post-operative period. The results are the evidence that DENAS applied after lasik surgeries have a joint multi-component effect: have a pronounced analgetic and anti-edema effect, results in acceleration of engraftment of the corneal epithelial flap, promotes more qualitative regeneration of the cornea, improvement and faster restoration of visual functions, provides for increasing and faster stabilization of the refractive effect, increase of its forecast accuracy.

Nowadays excimer-laser surgery (lasik surgery) is a basis for refractive operations for myopia correction. The basic methods are LASEK (EPI-LASIK) and LASIK (TNTRA-LASIK). Any surgical methods have their certain disadvantages. These include pain syndrome in the early postoperative period, defective engraftment of the corneal flap as well as prolonged restoration of visual functions which influence visual capacity. In the scientific literature a great attention is given to the issue of corneal flap engraftment after eye surgeries [5, 9].

A relation between the speed and nature of corneal epithelial flap engraftment and degree of its transparency in the future was discovered, which in its turn influence the refractive result of the surgical operation carried out [2, 3]. Assessment of professional capabilities of the organ of vision in patients after refractive operations is also of great interest. A number of authors note that some functions such as low-contrast visual acuity, spatial contrast sensitivity, blinding sensitivity are restored after surgeries within the periods up to 6 months. “Dry eye syndrome” occurring transiently and some other complications are the biggest problem of modern refractive surgery.  Bulk of practical investigations is connected with drug therapy of these complications.

The purpose of the present research is to study influence of dynamic electroneurostimulation on engraftment of the corneal flap after eye surgeries in compliance with LASEK technology and possibility of improving functional results as well as reduction of terms of visual functions restoration which is especially important in professions making raised demands of the visual analyzer.

Materials and methods. healing set consisting of transcutaneous electrostimulator “DENAS” and external paraorbital electrode “DENS-GLASSES“ were applied for the research. DENAS results after refractive surgeries for myopia were studied in 30 patients (60 eyes) –15 men (50.0 %) and 15 women (50.0 %) in the 23-47 years (on average 30.4±0.8 years).Myopia degree varied from –5.0 to –16.0 dptr, average value –9.79±0.25 dptr. Patients in the main and control groups were selected as to have approximately equal degree ofmyopia, corneametric data and extent of operation. For research excimer laser MEL-60 (Germany) was used.

DENAS was carried out starting from the 1st day after the eye surgery. Therapy was applied in the paraorbital zone in the MED program, and then in the “THERAPY” mode at frequency 77 Hz during 10 minutes; in the cervical-collar zone – in the “TEST” mode, with therapy of found latent trigger zones in the “THERAPY” mode at frequency 77 Hz –3-5 minutes for each zone. Each patient had 12-14 procedures.

For assessment of the results in the main and control groups, the following tests were carried out:

– check of visual acuity with correction;

– check of low-contrast visual acuity with help of the projector of test signs – Carl Zeiss Jena at 18 % contrast;

– terms and quality of corneal flap engraftment and subjective sensations.

Results and discussion. All patients in the main group had a pronounced analgetic effect registered – intensity of the sensation of pain was lower and pain relieved earlier than in the control group.

No intolerance of procedures, allergic reactions were registered in the main group. A special attention was paid to the manifestation degree of the postoperative reaction. Degree of corneal syndrome in the main group was less and corneal epithelial flap engraftment was faster.

Two variants of corneal epithelial flap engraftment were discovered: favorable – full engraftment and unfavorable – a small edge defect of the flap with edematic edges and areas of loose flexible engraftment.

A favorable variant of cornea epithetization was registered (100 % of cases) in all eyes in the main group which had DENAS.

Visual acuity was restored earlier in the group, which had DENAS. The difference during the first week of observation was especially obvious. After one week and one month, visual acuity without correction in the main group was also higher. We also think it important to note the fact that uncorrectable visual one month after the surgery was higher than the maximum correctable visual acuity before the eye surgery in both groups.

Table 2. Dynamics of visual acuity in patients of the main and control group

As myopic eyes initially have lower functional capabilities than emmetropic ones, it is an important task to increase these functions (such as accommodation reserve, low-contrast visual acuity, spatial contrast sensitivity) to achieve a good refractive result after the surgery [7]. It is very interesting that low-contrast visual acuity in the control group decreases after the eye surgery and restores to the initial level only one month after the eye surgery. In the group of patients who had DENAS, this index surpassed the level before the eye surgery.

1.  Dynamic electroneurostimulation (DENAS Therapy carried out by DENAS & DiaDENS devices) after eye surgeries (after lasik surgeries) has a positive multi-component influence. It has an analgetic (pain relief) and anti-edema effect, accelerates the time of corneal epithelial flap engraftment, and reduces the risk of complications, which have influence on the optic result of the surgery.

3. DENAS is an efficient method of increasing efficiency of lasik surgeries. Simplicity and convenience of its application allows recommending it to patients for therapy courses at home for improvement of visual functions.

7. K.B. Pershin. Clinico-Physiological and Ophthalmo-Ergonomic Grounding of Criteria of Restoration of the Functional State of the Visual Analyzer after Myopia Correction by Methods of PRK and LASIK: Abstract of thesis of M.D.. – M.„ 2000. – 40 p.