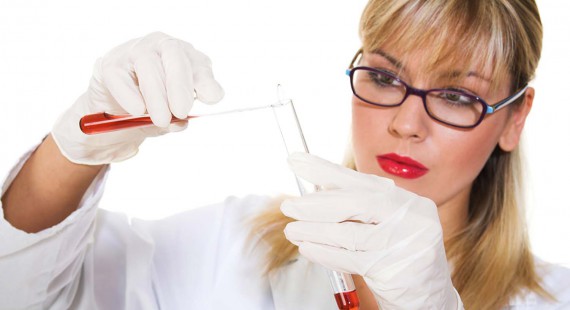 Recently, application of dynamic electro stimulation in traumatological patients has become urgent in our situation. This is especially evident in a severe trauma and its consequences, when the application of DENAS electrotherapy to the injured area results in fast pain relief, decrease of the bruise area and tissue edema.

To great surprise of the patients, who had undergone conventional therapy in various city hospitals, in two or three days of DENAS electrotherapy they experienced dramatic improvement so that they quit any kind of therapy as they considered themselves healthy. Patients who sought medical attention in 2-3 weeks after the occurrence of the traumatological event or those who had developed a chronic condition in their joints (arthrosis, arthritis) as well as those presenting with a disease or injury of the spinal column had to undergo prolonged therapy. In some cases it could take 2 or 3 weeks. Patients with developed arthrosis of the joint are of particular interest as far as their therapy is concerned. Program of therapy is to be developed for every individual and therapy is carried out in accordance with the pathological state.

DENAS electrotherapy is attractive because of its novelty, quick effect, lack of medication therapy and absence of allergic reaction and low price. Concomitant use of special cream Malavtilin after electrotherapy makes the quality of therapy better and shortens the duration of therapy. Sixty three patients from 25 to 65 years of age were admitted to the traumatological orthopaedic unit of the region hospital in 2004 for therapy of acute traumas. An individual response to the therapy effect was defined in each case. Following performance of testing (10Hz) and identifying the trigger zones (TZ) “therapy” mode (77 Hz) was carried out at comfortable for the patients energetic level, the duration of therapy being 35-40 min. The course of therapy lasted 15-20 days.

Therapy was performed depending on the trauma localization. In case the lower extremities were injured DENAS electrotherapy was started in the “test” mode (10Hz) in the “consent” zone (CZ) in the lumber sacral part of the spine therapy the TZ. The healthy extremity was healed at the same mode, then we continued working in the “therapy” mode in the direct projection of the wound until edema and pain decreased.

In case the head and upper extremities were injured we worked in the trigeminal (6P) and cervicobrachial areas in the “test” mode therapy the identified TZ. We carried on therapy in the same sequence as in the previous case (first healing the healthy pair organ, then the injured area ).

The results were assessed during the therapy in accordance with the following criteria: convalescence, improvement, no changes, deterioration (Table).

1.    Patient S., aged 19 years sought medical attention at the traumatological unit in October 11, 2004 with the diagnosis “Contusion of the left knee joint”. Ultrasound examination revealed an incomplete injury of the internal meniscus of the knee joint. The patient underwent a conventional course of DENAS electrotherapy. In three days the pain syndrome disappeared. To prevent flexion contracture there was administered a course of therapeutic exercises. On the 12th day the therapy was discontinued because of her convalescent state.

2.    Patient T. presented at the traumatological unit in December 27, 2004 with the diagnosis “Contusion of the left leg soft tissue, diffuse bruising of the external surface of the leg”. She sustained the trauma 10 days ago, but did not seek medical attention immediately afterwards. On physical examination of the patient absence of pain sensitivity on the external surface of the limb from the knee joint to the ankle was revealed. The area of dark purple skin 40-45 cm in length was found on the leg as well as the presence of flexion – extension contracture. We began therapy following an accepted method of DENAS electrotherapy. During the first two days there returned the sensitivity of the skin, its colour also changed in some areas. The amplitude of active movement of the knee joint increased. Pains disappeard in 5-6 days and there was complete restoration of sensitivity, except some small areas on the anterior surface of the leg. She was able to walk without painful sensation in the leg with thorough movement of the knee joint. The therapy was discontinued on the 7th day.

On the basis of the therapy analysis one can draw a conclusion that this method of therapy has got great perspectives. Its therapeutic and diagnostic capacity will surpass many current methods both in conservative and surgical therapy of patients.